The screenplay for Hooked, written by Allen Wolf, was named in the Top 15% in the 2015 Austin Film Festival Screenplay Competition. Hooked was chosen from a record field of 8,627 individual scripts. Founded in 1994, the 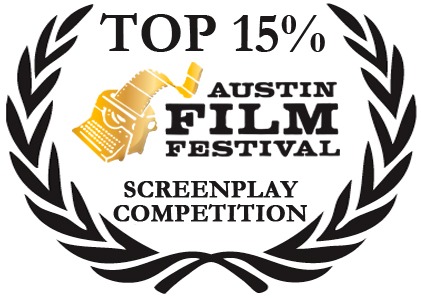 Austin Film Festival focuses on writers’ creative contributions to film and the Screenplay Competition receives more entries than any other competition in the world.

Hooked is a contemporary romantic comedy about a man who is desperate to find his soulmate and when he does, his autism prevents him from understanding she’s actually a prostitute. Writer Allen Wolf adapted the screenplay for Hooked into a novel which recently won the Gold Medal from the Readers’ Favorite Book Awards and has been garnering critical praise.

In addition to being recognized in the Austin Film Festival Screenplay Competition, the screenplay for Hooked also won:

Filmmaker Allen Wolf has won multiple awards for his storytelling as a feature film writer, director and producer. Allen helmed In My Sleep, the award-winning thriller that debuted in theaters as the #1 new indie movie its opening weekend.  In My Sleep has been sold to over 70 countries and has garnered awards from nine film festivals, including “Best Picture” and the “Audience Award.” It is available on Amazon and iTunes.