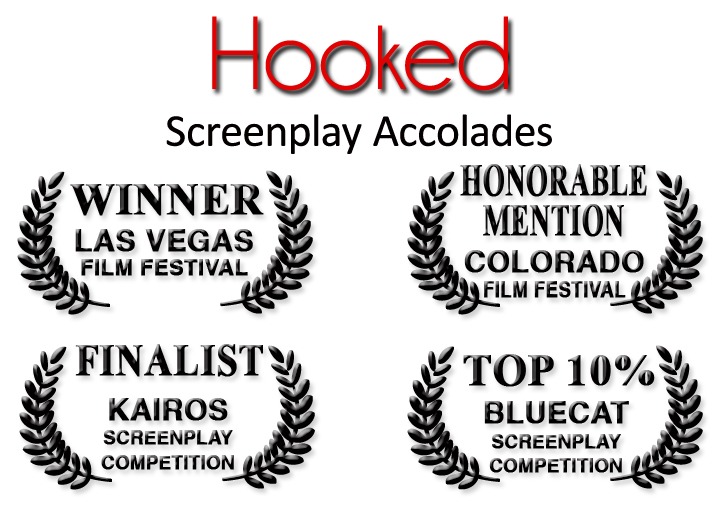 The screenplay for Hooked has received recognition from multiple screenplay competitions. It was recently named the Top 10% in the Bluecat Screenplay Contest, was a Top 10 Finalist in the Kairos Screenplay Competition, won the Silver Ace Award at the Las Vegas Film Festival, was an honorable mention at the Colorado Film Festival and was named in the top 2% of screenplays by Script Shark.

A fairly inventive premise forms the basis, in this script, for a storyline that develops into a rewardingly nuanced, three-dimensional, and charming – if unconventional – love story. Strong character voices define the entirety of the plot, while the genuine chemistry between the central roles creates a natural, seemingly effortless appeal within both their relationships and their perspectives in broader terms. Superb characters, strong dialogue, and a polished overall execution wind up rendering a finished product that seems in many ways both moving and entertaining.

We are currently working toward bringing Hooked to the screen.