Home/Hooked/Praise for Hooked Screenplay
Previous Next

The screenplay for Allen Wolf’s Hooked continues to win awards. Here’s a sampling of the response to the screenplay:

“A very sweet and endearing romantic comedy, with an excellent relationship between Violet and Shawn at the center.” – The Black List

“A rewardingly nuanced, three-dimensional, and charming– if unconventional–love story. Strong character voices define the entirety of the plot, while the genuine chemistry between the central roles creates a natural, seemingly effortless appeal within both their relationships and their perspectives in broader terms … Superb characters, strong dialogue, and a polished overall execution wind up rendering a finished product that seems in many ways both moving and entertaining.” – Script Shark

“Hooked is a sweet, touching story that works to bring out the best in people, using autism as a backdrop.” – Tracking Board

“Hooked is a fluently written romantic comedy that both acknowledges and deviates from the conventions in a sparky, original manner … While this set up might seem wildly implausible at first glance, it’s established in a very organic way, with warmth, intelligence and wit – three qualities that characterize the rest of the screenplay … Overall, this screenplay achieves the rare feat of being both funny and romantic, delivering an emotionally satisfying ending to Violet and Shawn’s misadventures, without patronizing the audience.” – Blue Cat

“A lot of heart, poignancy and charm.” – Coverage Ink

Hooked has been honored with: 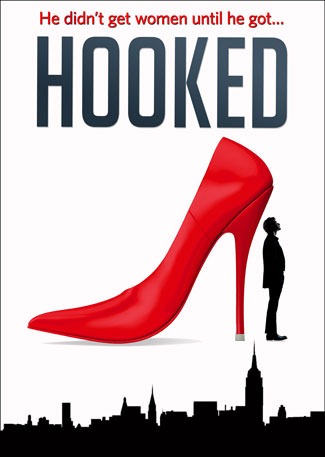 In 2015, Hooked was published as a novel and quickly won critical acclaim.